Swan River Ballet aims to bring the joy of dance to students of Hamilton Hill, Cockburn and the Fremantle area by providing experienced teachers in a friendly, co-operative environment at Hamilton House.

We feel it is important to provide all the facilities and resources to ensure that learning to dance is safe and stress free, allowing each student to achieve a level of expertise according to their capabilities and ideals.

To gain the most advantage in our chosen art form, we aim to develop students self-discipline and overall confidence. 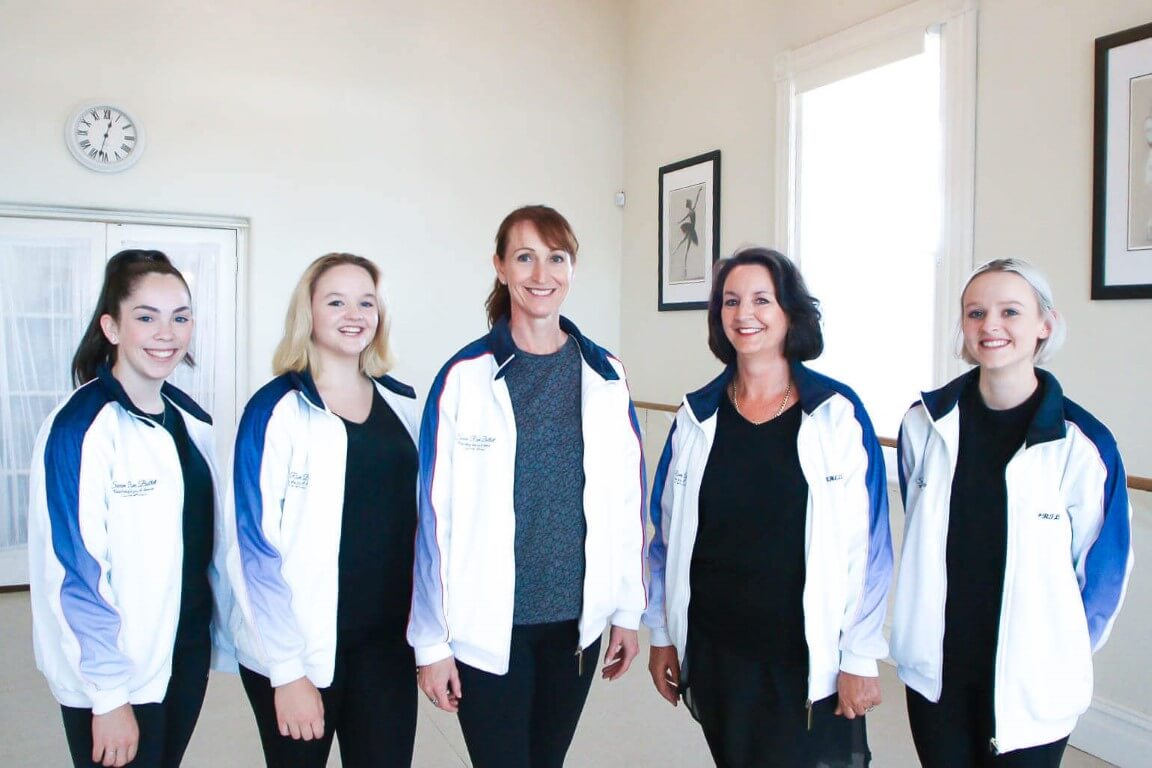 Check out the Gallery for progress on our renovations.

Training with the Royal Academy of Dance (RAD)

The RAD offers an internationally recognised portfolio of examinations and assessments designed to encourage, motivate and reward students of all ages and abilities, outlining a progressive structure for learning and achievement in dance.

In Australia, the RAD Vocational Graded qualifications are endorsed by the state of Western Australia for credit towards the Certificate of Education.

At the tertiary level, dancers can continue their educational qualifications at any of the following courses:

These courses are available before, during and after dancers’ professional careers.

With over 13,000 members’ spread across 89 countries, The Royal Academy of Dance (RAD) is one of the largest and most influential dance education and training organisations in the world.

Established in 1920, to improve standards and re-invigorate dance training initially within the UK, the Academy helps and encourages its teachers to perfect their teaching skills and pass on this knowledge to their students.

There are currently over 1,000 students in full-time or part-time teacher training programmes with the Academy and each year, the examination syllabus is taught to more than a quarter of a million students worldwide.

The Academy maintains close links with all those involved in the industry, at every level. From the internationally recognised ‘Faculty of Education’ degree programmes to those younger students participating in our summer schools. At whatever age or stage, anyone with an appreciation of classical ballet and jazz is able to participate in the work of the Academy. 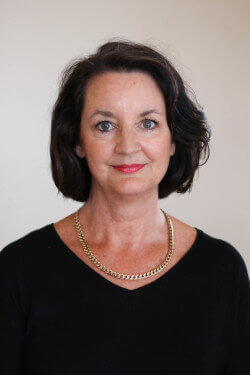 Michele commenced dancing at the age of 5 with Audrey Nicholls & Eve King School of Ballet in Melbourne. She completed her RAD graded exams with Honours, then studied Russian ballet in England for 3 years. Upon returning to Melbourne she continued with RAD Vocational studies.

In Karratha she founded Estelle's Dance & Performance Academy with her daughter, Estelle, in response to the community desire for a RAD ballet school. The school operated from 2000–2009 and trained students in Ballet, Character, Jazz, Tap, Hip Hop and Contemporary. Yearly exam sessions in RAD and CSTD syllabi and the substantial end of year production at the Walkington Theatre were the school's main focus.

As a Registered RAD teacher, Michele enter students for the first RAD exam sessions in the Pilbara. Over 1,000 students in the Pilbara have successfully participated in ballet exams and she believes success in the exams enhances student's confidence.

While Michele was the Principal of Estelle's Dance & Performance Academy in Karratha, she attended numerous RAD courses and seminars with her students such as the annual Autumn Vocational Program, the Spring Grades Course and Summer School at WAAPA. It is her belief that students in Karratha should receive the best possible training in ballet and that distance should not be detrimental to the dancer.

Since 2010 Michele has taught in a number of ballet schools in Perth including Graduate College of Dance, Silhouette Dance School, Dynamic Performing Arts and Diana Waldron Ballet School and Academie Etoiles.

In 2012 she was nominated and accepted as a member of the WA Royal Academy of Dance Panel. As a Panel member Michele has been involved in the RAD Festivals, the Summer Dance Program at WAAPA, the Solo Seal Presentations and many other RAD courses for students and teachers.

Michele as principal of Swan River Ballet continues to mentor teachers & students to cultivate many opportunities for those who love Ballet. 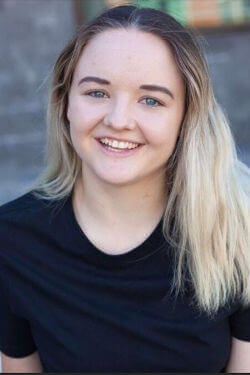 Avie was introduced to ballet at the age of two at the first RAD dance school in Karratha. Spending many hours at the school, Avie completed her RAD exams from pre-primary to Grade 4, as well as CSTD tap and jazz before the age of 11. In 2010 Avie began pointe classes and completed her Grade 5 RAD. It was at Silhouette Dance Studio where she began assistant teaching, and continued, for the next 4 years. During this time she trained in classical ballet, pointe, jazz, contemporary, hip hop, lyrical and singing as well as competing in various competitions and completing many RAD, Jazz Addict, and ATOD Hiphop exams. After graduating high school in 2015, Avie began full time training at Swan River Ballet completing her Advance 1 RAD and continued teaching independently as well choreographing.

Her passion for dance led her into accepting a place at Transit Dance in the contemporary pre-professional course. During this year Avie performed in six dance productions including; Falling in Reverse by Jayden Hicks, Dada by Paul Malek and Lachlan Hall, Follow by Nic Eva and Charlie Pratt-White (as part of Melbourne Fringe festival), Young choreographed for UNDRGRND, People Rant choreographed by Adam Wheeler and Aeon by Dominique Cowden (a finalist in Dance Architect) as well as completing her Certificate IV in Contemporary Dance.

Although dance is her driving force, Avie has found a love for acting, finding herself in recent titles such as Library of Love, Hounds of Love, ABC's The Heights, FILCH and The Story of Koko. She has also succesfully landed lead roles in two short films being filmed in mid 2019. As well as film, she also performed in the sellout immersive theatre show “Do Not Collect $200”, directed by Harley Hefford and in 2018 performed in Jesus Christ Superstar with Platinium Entertainment & the 24Hour Play Generator with WA Youth Theatre Company. Avie's success with Jesus Christ Superstar landed her a place in the We Will Rock You 2019 Tour as a Yuppie and a Gaga and then landing her dream role of Victoria in Cats the Musical. She wishes to use what she learns from both her acting and dance background to teach children about performance, creativity and finding the enjoyment in the performing arts. 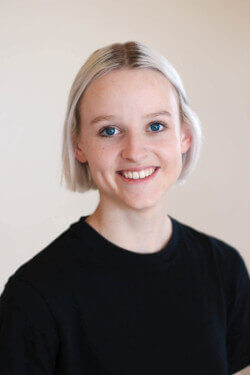 April began dancing at the age of four at North Shore Dance Academy, the local ballet school in St.Ives, Sydney. At the beginning of 2013 she moved to Perth to complete a Bachelor of Dance at Western Australian Academy of Performing Arts (WAAPA) and then in 2016 completed an Honours degree as part of LINK Dance Company also at WAAPA, graduating in November 2016.

Since then she has choreographed a dance work as part of Fringe 2018 called ‘Shall we get comfy?’ at Paper Mountain for three sell out nights! Performed at PSAS with Brooke Leeder & Co. in ‘Structural Dependency’ in December 2018. Performed and choreographed a solo dance work, as part of a doublebill in Fringe 2019 called ‘Susan & The place in which I’ll fit will not exist until I create it’.

April most recently choreographed and performed ‘In Cahoots’ as part of Fringe Festival 2020, which was awarded WA overall winner of the Dance & Physical Theatre category. Since graduating April has also taught at a number of schools around Perth including, La Salle College, John Curtin College of the Arts, Rossmoyne Senior High School and Swan River Ballet.

Emma started her ballet training at the age of 6 with Academie De La Classique under the direction of Carmen Tulloch, training with the Cecchetti Method of ballet before switching to RAD and completing all major exams in both RAD and Cecchetti. During her early years Emma also trained in Jazz, Tap and Contemporary and went on to further her studies to complete her Certificate III & IV in Dance with the West Australian Academy of Performing (WAAPA) Arts. It was during this time where her passion for ballet & contemporary really started to take hold, leading her to move to Melbourne to pursue full-time study in 2007.

In 2009 Emma graduated with an Advanced Diploma of Dance (Classical Ballet) from the National Theatre Ballet School under the direction of Beverly Jane Fry. Shortly after she moved to London working with Vienna Festival Ballet performing in Swan Lake and Sleeping Beauty directed by Peter Malik.

Emma briefly returned to Perth and trained with Beth James at the Western Australian Conservatoire of Classical Ballet before returning to Melbourne in 2012.

During her time in Melbourne Emma worked as an independent artist with Melbourne Dance Theatre (now known as Victorian State Ballet) and was a founding company member of Melbourne City Ballet. Her career highlights have been performing at the Adelaide Fringe Festival and in the Sydney Fringe festival twice as well as sharing her passion for dance with the younger generations for the Melbourne City Youth Ballet.

During her time with Melbourne City Ballet she performed soloist roles in Carmen and Coppelia as well as being the lead dancer during the Melbourne season of Placebo in ‘Grief’ and ‘Catharsis’.

In 2015 Emma began working for Bloch and was promoted to Store Manager within 6 months of employment at the Camberwell store. Working in this new environment, Emma was able to share her skills and knowledge with new ballet parents, full time students and teachers. She also found joy in equipping students with their first pointe shoes and helping others with pointe shoes of all ages.

After 10+ years living away, Emma moved back to Perth and began studying a Bachelor of Science (Occupational Therapy - Honours). It is her passion to guide the younger generations on safe dance practices, so they may enjoy longevity in their chosen path as dancers. Emma still enjoys fitting pointe shoes through her work at Costume and Ballet Centre in Mount Hawthorn. 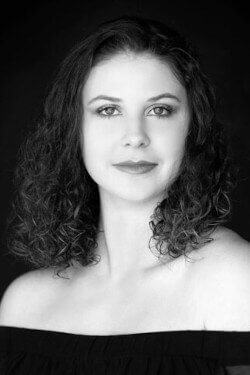 Emily started Classical Ballet at the age of 3, quickly developing a love for dance and deciding to pursue it as a career. Emily trained with The Studio of Classical and Contemporary Dance under the direction of Melissa White before Amy Barningham later took over the studio.

As well as classical, Emily has trained in Contemporary since the age of 11, along with dabbling with Jazz and Tap in her younger years.
Having the opportunity to share the stage with Principals from the Western Australian Ballet Company, and the Dresden Semperoper Ballet Company have been amongst her Career highlights. On completion of her schooling years Emily moved to Fremantle to do full time Ballet and Contemporary Studies. In 2017 she moved to NSW to train full time and gain more diversity. She now has experience in a wide range of styles including Jazz, Musical theatre, Heels, Commercial, Hip hop, Tap, Acro, as well as maintaining her Ballet and Contemporary skills.

During her time in NSW, Emily has gained her Advanced Diploma in Dance along with Certificate IV in Dance Teaching and Management. As part of completing her studies at Lee Academy, Emily taught all dance styles there as well, and this has fostered a true love of Dance teaching and she is excited to work with, and share the love of dance with younger generations.

40 students have been enrolled for their ADPA Jazz exams on Wednesday 11th August. Mock Exams on Sunday 8th August. More information on our Events page.

Thank you to the Thursday Pointe students who participate in the filming last week. We will post a link to the film here once it has been released.
David Le May is developing a short film on the history of Hamilton House and its transformation from a pub to a ballet school.

We welcome any student to attend the Acro Dance Friday class as a make-up for cancelled classes. Please text (SMS) Ms Emily to confirm your attendance.

Reminder that students are enrolled for the whole of 2021. Please inform us if your child will not be continuing in Term 2 so we can offer their place to someone else.

There is to be no nut or nut-containing products (e.g., Chocolate bars) brought in to the school building.

Please note - There are no classes on public holidays. Students can make up classes during the week, if a similar class is available.